Wedi, the supplier for systematic construction and renovation work, has been around for 30 years, providing answers for the bathroom and wellness area.

It all started in 1983 with the innovation from master tiler and company founder Helmut Wedi. He developed a 100% waterproof building board. It could be tiled directly and also precisely and quickly shaped as desired. In addition to its lightness, when tiled it appeared to be so stable that it could even be used to build free-standing elements.

The first tile backing element was born. It revolutionised the procedures used by planners and tilers, in the best sense of the phrase. Hitherto unknown freedom in design opened up within the drafting process. Tradesmen could implement their ideas
in built rooms much faster and in a much more reliable manner than before.

The Emsdetten-based family-run company, which is now being managed in its second generation by Stephan Wedi, is building on this usage principle. Today, wedi is synonymous with complete building systems, unusual design elements and an
extensive customised building service. 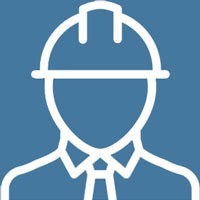